- connect with me on LinkedIn 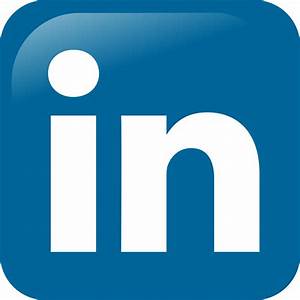 Free shipping & Return on all orders above £300

***WE ARE NOW CLOSED FOR ALL NEW ORDERS UP UNTIL 1ST JANUARY 2021. PLEASE SEE THE NEWS CATEGORY TAB WHERE WE EXPLAIN WHY. ANY IN PROCESS ORDERS (LAST 10%) ARE ALL DUE TO GO OUT MONDAY, FROM WHICH I WILL BE FREE AND EAGER TO COMMUNICATE WITH CUSTOMERS ON EMAIL OR PHONE CALLS. THANK YOU - FURTHER UPDATE TO FOLLOW*** UPDATE: ANY CLIENTS THAT HAVE QUERIES/QUESTIONS/CONCERNS PLEASE CALL ME TOMORROW FROM 9AM TO 5PM ON 01494 WHERE I WILL BE ON HAND TO DISCUSS ANY QUESTIONS OR CONCERNS OR ASSIST WITH TRACKING ETC WHATEVER IT MAY BE, THANK YOU! OUTSIDE THE UK? BE SURE TO ADD +44 TO THE NUMBER BEFORE CALLING :)

Add to wishlist Add to compare

We may not post there often but follow us at @wadepeptex and we will do our best to start ramping up the content in a way that is in line with IG's strict guidelines :) We are set to private and not public on IG but send us a request and as long as your not a dodgy spammer we plan to utilise IG and all aspects of SM much more in the coming months, from 2020 and beyond!

Did you know we accept Amazon Pay? It’s as simple as logging in with your Amazon username and password and Amazon will process the payment away from our site using their world class secure processing platform.

10MG HAS NOW BECOME A PERMANENT EDITION DUE TO CUSTOMER REQUEST

Modified GRF (1-29) often abbreviated as mod GRF (1-29), originally known as tetrasubstituted GRF (1-29), is a term used to identify a 29 amino acid peptide analogue of growth-hormone-releasing hormone (GHRH), a releasing hormone of growth hormone (GH). It is a modified version of the shortest fully functional fragment of GHRH, often referred to as growth hormone releasing factor (1-29) (abbreviated as GRF (1-29)), and also known by its standardised name, sermorelin.

Set up in 2014 initially as a result of receiving low quality research peptides after undertaking sequencing and HPLC/MS testing, Peptex Labs was further developed into a private supplier of research peptides in 2016 and in 2017 we launched our global website, to provide other organisations, universities and private researchers with the highest quality peptides and research/lab materials available. Peptex Laboratories Ltd and its log is a registered trademark with the IPO, a registered Limited Company in England and Wales and a registered company with the MHRA company number C50864. Peptex Laboratories Ltd are also members of the FSB - the Federation of Small Businesses and registered with the ICO Information Commissioners Office number: ZA788491

Please follow our new Instagram Page - @wadepeptex - we will post pictures of new peptides and SARM development but will not promote or sell on this platform. We aim to educate and inspire the often misunderstood area that is Therapeutic Peptide Therapy.